The Antwerp master Jacques Jordaens (1593-1678) can be linked with the Northern Netherlands in various ways. After the death of his famous fellow townsmen Peter Paul Rubens (1577-1640) and Anthony van Dyck (1599-1641), Jordaens received many important commissions in the Northern Netherlands, and specifically in The Hague. A recently discovered notarial deed, kept in the city archive in The Hague, gives important insights into these contacts.

The significance of the discovered notary deed is that it clarifies two underexposed aspects of Jacques Jordaens’ career. On the one hand his artistic and commercial connections with the Northern Netherlands, and on the other, his family ties resulting from the marriage with Catharina, the daughter of his teacher Adam van Noort. The document unequivocally demonstrates the extent to which Jordaens’ professional and family life were interwoven. Without any safety net from the government, blood relatives as well as in-laws were crucial for survival. 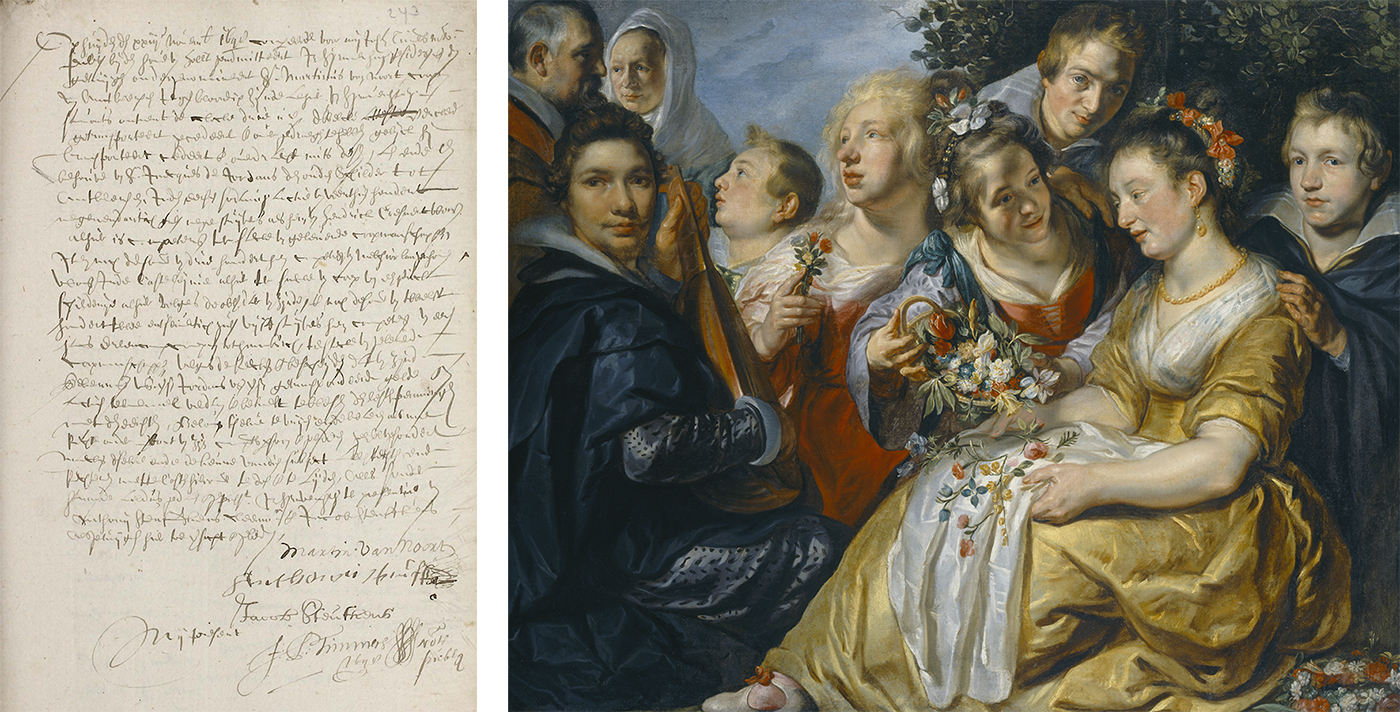 In 1648 Jordaens entrusted his brother-in-law Martinus van Noort with the task of collecting sums of money concerning the sale of art and merchandise in The Hague. This partnership can be seen as a missing link between the painter’s Antwerp operational base and his international business, in which now The Hague can be identified as the main anchor point. Besides Martinus van Noort, no less than four other business partners in The Hague can be mentioned. For instance, Johannes Silvercroon and Henricus Hondius were involved in the commission from the Swedish Queen. In short, the discovered archive document reveals essential information about the strategy on the international art market of the painter-businessman Jacques Jordaens.

This significant archive document has been discovered and analysed by Leen Kelchtermans and Katharina Van Cauteren in the latest issue of Oud Holland: 'Business partner in The Hague: New archival document about Jacques Jordaens', Oud Holland 132 (2019), pp. 79-86.